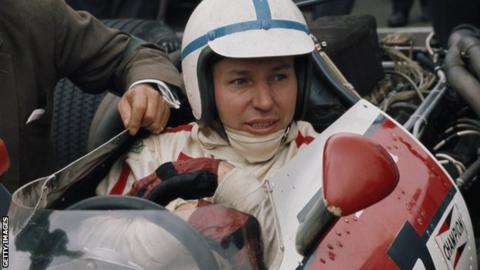 John Surtees was a motorcycling World Champion, but with only one racing season under his belt, he wasn’t as proven on four wheels. Surtee’s lack of experience in race cars was compensated by his pure aggression, and boldness, the kind that reminded Ferrari of “The Flying Mantuan” Tazio Nuvolari. Without thinking further, Ferrari went for the contract, “I would like you to drive for us next year,” Ferrari said, offering Surtees the chance to race in “Formula 1, sports cars, and anything else we might decide to race.” It was surely a big offer, but Surtees didn’t see himself ready, yet, to take on this challenge. He turned down the offer, opting to ramp up his experience on the race track instead. Rebuilding his team a year later, Ferrari acquired the services of a new manager. He also hired an  engineering expert in the person of Mauro Forghieri, but he was short of options in the driving department and turned to Surtees again. The time was right, and Surtees took the job.

Born in 1934 to a talented motorcycle racer, Surtees grew up learning the ropes of racing under his father. The latter would eventually train dispatch riders for the British army during World War II. These riders had to be acutely skilled and insanely fast to safely pass across messages to soldiers on the front lines. By twenty-six, Surtees was a national hero abroad, in Italy. He was already seven-time winner of the Grand Prix World Championships and was well on course to become the world’s fastest man on two wheels.

Surtees’ first Formula One race was in Lotus. And while he had little experience with cars, he would go on to win his third Grand Prix in Portugal.  It was clear he’d meet the needs of Ferrari when he joined in 1963. His first race was the 12 Hours of Sebring, where his retainer contract and financial remuneration from wins were enough to get by. Surtees had a solid relationship with Ferrari from the get-go. The pair launched together in town and showed a close bond starkly different from the Phil Hill-Ferrari one.  Ferrari set out to test the Englishman’s success on the team. Already World Champion on two wheels, Surtees was bidding to set an unprecedented record on four wheels.

In his first season, Surtees traveled west to the United States, where he competed in Riverside, California. He saw in America a thriving world of sports cars where a fusion of European style and American thinking shone through the experimental lightweight cars rolled out of production lines. The big engines were obvious, championed by Carroll Shelby’s Cobra and Jim Hall’s Chaparral.  On his return, Surtees made his observations known. “We cannot compete with the big engines being used in America,” he warned Ferrari. Another worry was that the Ferrari team that had dominated the Italian racing scene wasn’t evolving quite dynamically as it should. If the cutting-edge innovation, now driven by English teams, and the big engines in America were anything to go by, Surtees feared that Ferrari’s dominance may be put to an unprecedented test in the future. The need to innovate and think young couldn’t be more important. Ferrari had to come up with a plan, and fast.

In 1964, Ferrari rolled out the 1964 Ferrari 330 P. An update of the prototype sports car that won Le Mans the prior year, Ferrari’s new build was a blend of every ounce of imagination from the brightest mechanical experts in Italy. Featuring a four-liter V12 with six twin-choke Weber carburetors, the race engine delivered approximately 370 horsepower, simply surreal for a car less than 1,665 pounds in weight.

Brimming with confidence that his new weapon would be unrivalled by any other sports car maker, Ferrari was unfazed by the combined threat of Ford Motor Company and the Shelby Cobras.  The new release was about five kilograms less in weight and added 60 horsepower to its predecessor. Besides, Ferrari cars won Le Mans the last five years. And while his Formula One duels were not perfect, Ferrari was confident that his established superiority in sports car racing – that turned spectators to paying customers in the showroom – was virtually sealed.