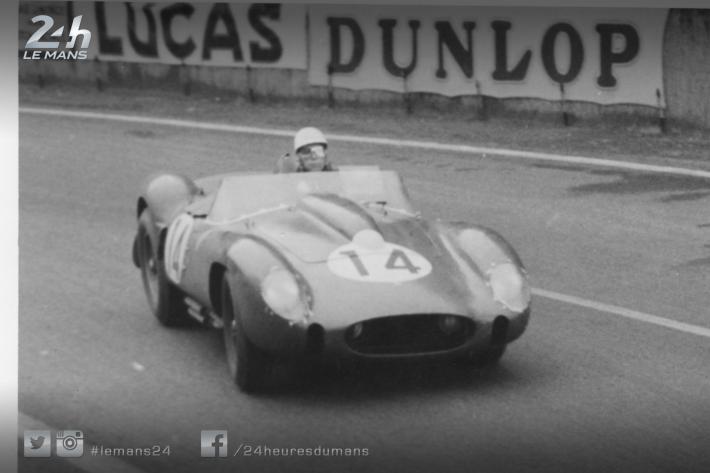 Hill was in. He was going to Le Mans, in one of Ferrari’s speed machines. And unprecedentedly, he was the first American to take a spot in the Ferrari team. “Well,” Ferrari said, “come now and let me show you the great cars you will be driving.” Phil followed, and they both went checking out the army of cars in the racing shop.

This was not Hill’s first shot at Le Mans, though. He had raced in an Osca at the 1953 Le Mans. And funeral after funeral, he was well aware the racetrack was both ecstatic, and ruthless to its drivers. Anxiety took its toll on Hill. Following an X-ray examination, he was advised to quit the dreaded scene. Hill obliged, quitting racing at twenty-six.

But he would take a U-turn in 1954, agreeing to race at the Mexican Carrera Panamericana. His car, a 4.5-litre Ferrari, was offered by Texas oil tycoon Allen Guiberson. “Guaranteed not to cause ulcers.” The oilman scribbled in his letter to Hill. The race went to completion taking seven lives with it. But at the finish line, Hill placed second, enough to receive a call from Mr. Ferrari. The former honored the invite, and off he was to Modena.

Hill was a skilled technician who was just as fearful of the racetrack as much as he loved it. He was aware of how fast his car could take him, and how good his abilities were. Striking a balance between the two was always his goal. Fear wasn’t considered manly, and even more so in racing circles, but Hill took exception, ensuring he personified, according to one profiler – “one of consummate and meticulous skill nurtured by an increasingly heightened and almost paranoid fear of death.”

Once interviewed by a reporter, Hill confirmed “I would so love to get out of this unbent,”, and that “I have a horror of cripples. Even when I was a little boy I couldn’t bear to look at anyone who was deformed, could not bear to see them suffering. I guess I’ve always worried about ending up that way myself.”

Hill feared ending like de Portago, Hawthorn, and Musso. Ferrari’s champions of the race tracks who also lost their lives while at it. Hill made sure he didn’t end up a victim of some else’s mistake – the mechanic, another racer, anyone else. Back home, the United States was Ferrari’s largest market, and the boss knew the value-add Hill brought into his team.

That season, in 1958, Hill took off on a blistering note, crushing competitors to wins at the Hours of Sebring and the 1,000 Kilometers of Buenos Aires. He’d steadily built his credibility. And it was time to take on the big stage – Le Mans. Hill paired with Belgian Olivier Gendebien in a 250 Testa Rosa heading into the race. The 24-hour Le Mans was far and away the most economically viable channel for automakers to impress spectators, and double down on sales. Ferrari was ultimately aware a win would only further project his red speed cars as the foremost in the world.

On race day, Hill, basking in confidence, told Gendebien “We can win this race if we have the guts to go slow the first part.” And off they went, with Gendebien taking the initial shift. Taking his turn at the wheel, Hill sparked fire and fury on the track, dishing a grandstand performance that penned his name in history books as one of the finest racers to ever grace of Le Mans. Flying past other racers in their numbers and leaving them in their wake as visibility worsened in the pounding rain, Hill inched closer to glory after hour after hour. And at about 4.00 p.m. on June 22, 1958, he was crowned Le Mans champion, the first American to be so etched in Le Mans history.