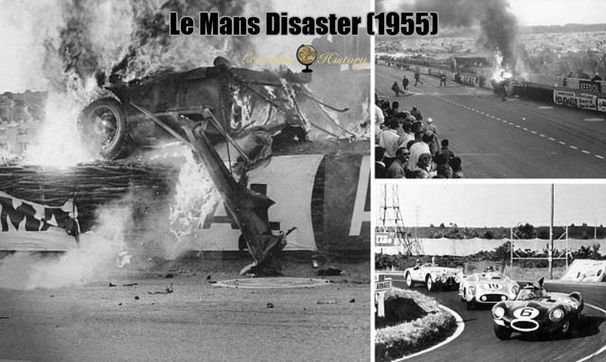 The sizzling battle to be crowned race kings began in 1963, when two industrialists locked horns, a fight they took to the greatest stage in the automobile race world – the 24 Hours of Le Mans. From the cars that graced the track to the drivers that raced to glory, or doom, and the buzzing atmosphere that made this battle an indelible one for the auto sports maven, we’ll be taking you back memory lane in this series of articles, shining the light on the intrigues that played out in making Henry Ford II and Enzo Ferrari two of the greatest names in the automotive space.

Apart from these two, other giants we’ll come across are Bruce McLaren, Lee Iacocca, Phil Hill, Ken Miles, Carrol Shelby, John Surtees, Dan Gurney and rookie Mario Andretti. The Ford GT, built to halt the dominance of the Ferraris, leaving it in its wake on the race track at Le Mans, was birthed during this period. The sprint machine has since gone on to become an Icon of its own decades after it’s burst into the track scene.

While the 24 Hours of Le Mans is arguably the most intriguing sports car race you’ll come across, there was more to it in the 50s and 60s; manufacturers leveraged the marketing clout of the race to bring their respective machines to the track, waging a war with other makers in their bid to be regarded the most formidable in the industry. Car races are not the safest of places to compete. And Le Mans was no different; dreaded enough to be dubbed “a four hour sprint race followed by a 20 hour death watch” following the entry of Henry Ford’s race machine into the race in 1964.

With winners potentially funneling in millions of dollars in sales, and earning the right to dominance in ideas, technology and engineering, the stakes couldn’t be higher. This was clear to Ford, and even more so as American drivers, and cars, hadn’t the best of records on European turf. It was obvious hitting a home run required all of a superiorly magnificent team, laser perfect engineering and a matchlessly lightning race car. Henry Ford II wasn’t going to let go his dream to conquer Le Mans, and this dream did come to life as the era unfolded. Crafted from Baime A. J.’s Go Like Hell, we hope you enjoy the read as we go through some of the most indelible touchpoints in the history of auto racing.

It was June 11, 1955, and, tightly tucked in his Mercedes-Benz 300 SLR as the day slowly blossomed in life at Le Mans, Pierre Levegh was soon to be penned in the most unsavory pages of car racing history. Then 49, the Frenchman was clearly outrun by leaders two hours and twenty-four minutes into the 24 Hours of Le Mans. Clad in blue trousers with tennis shoes to his legs, wearing a United States Airforce fighter pilot helmet but no seat belt to complement, Levegh had about 22 hours of racing left as he switched off with his American teammate John Fitch. However, fatigue was taking its toll, and expectedly so as the steam of the race began to build up, fast. Alone to himself, every single decision was potentially critical in his quest for victory at the world’s biggest stage. It was a battle of wit, courage, resilience and skill. Levegh was assuredly going to put a good fight, but was his fight good enough? How did Levegh’s dream pan out in his adventure at the Le Mans? We’ll find out more in the next article.

Levegh’s dream for Glory at the Le Mans

The 24 Hours of Le Mans was in full swing, fielding the world’s finest drivers flanked by hundreds of thousands of spectators anxiously waiting to see which of the three favorites – the red Ferraris, the silver Mercedes-Benzes and the green Jaguars – would claim glory in the fiercely contested race. Pulling past Levegh’s left was English Mike Hawthorn in the #6 Jaguar D-Type, the latter dubbed “The Butterfly” as his bow tie took prominence blitzing past his French competitor. Leader, Hawthorn had no second to spare, commanding the pack as they maneuvered their legal machines past the 8.36 course wriggling through public roads. Levegh was slowly losing sight of glory. But this race wasn’t just another one for Levegh, who, stretching fifty, had dedicated the greater part of his life pursuing his Le Mans dream. With Hawthorn pacing faster by the second, Levegh had to grapple with reality; his dream was fading away…

Levegh’s dream was born when he was seventeen. He was there as drivers slugged it out at the first Le Mans 24-hour Grand Prix d’Endurance in 1923, won by two Frenchmen who went home heads high. Levegh had a liking for the track, for the race, and for victory. This was a defining moment for him and all he wanted was victory at Le Mans. He yearned for his own race day and never looked back in preparation for his chance to conquer the track. After taking time to learn the ropes, years passed and Levegh finally got his wish – a chance to race at Le Mans. And so he did in 1938. Even though he wasn’t crowned champion first time, it was a step forward. The race became more popular as years passed, and faster cars were not short in supply, as more fans trooped in to watch this exceptional show of speed, focus and technique before their very eyes. It was a sight to behold, incomparable to anything else they had ever seen.

As for rules, two drivers were allowed in each car, with only one piloting the cockpit at any one time. The winning team had to complete more laps than other competitors in the 24 hr race. Not giving in, Levegh was almost victorious in 1952 but for a mishap to his engine as the race grinded to a halt. Levegh wasn’t growing younger as he neared 50 by 1955. This was a make or mar race, one last drive, and arguably one final shot at his dream.

In their bid to gain public appeal as the 1955 Le Mans neared, the Mercedes Benz team contacted Le Mans for a deal to hit the race track in one of their track-legal machines. A deal too good to down for Levegh, seeing as he was fast past his peak and here he was offered the rare opportunity of signing up with the world’s dominant Mercedes team. Levegh reckoned this might as well be his best shot at his Le Mans dream.

Available was Mercedes’ lightening fast 300 SLR, ticking the checklist on all of Le Mans rules – with two seats, an open cockpit, a trunk space and headlights. Even more, the race car featured a fuel injection system, unprecedented at Le Mans. With a 3.0-liter inline eight-cylinder engine underneath its lightweight magnesium outer, and astronomical top speed of 185 mph, the 300 SLR was an overall sturdy build, the kind any race driver would fancy. And Levegh opted in.

How Levegh’s Dream Panned Out

Putting skill and technique to perfection as race day tapered, Levegh didn’t exhibit his intricate show of confidence and ability that endeared him to the Mercedes Team, as he consistently lagged in clock speed than other Mercedes drivers. Nearing start time 11th June, Levegh couldn’t hold back his fears, informing his teammate about a section of the course he dreaded. In his words “It is too narrow for these fast cars,” while disclosing further that “each time I go by it I get a feeling of unease,” and ultimately conceded that “A driver needs to feel comfortable, and I do not feel comfortable in this car.”

Journalist Jacques who covered the race noted that “Levegh was going about with the face of a man in mortal terror.” “It was the stuff of Greek tragedy. His pride, his immense obstinacy, would not let him admit that the car was beyond his capacity, that he should step down. All the time Mercedes believed that he would ask to be released. They did not want to tell him that he was not up to it. So they waited for the resignation that never came.”

Ready to fly through the race course, the stage was set for Levegh to put another fight at Le Mans before a grandstand overflowing across either side of the pavement. The narrow straight past the pits – a section he dreaded the most – waited at the opening of the grandstands. Coasting away in front was a Jaguar with Mike Hawthorn – The Butterfly – steering the wheel. Behind Hawthorn was British Lance Macklin driving an Austin Healey. Levegh followed in third, the trio pacing in full speed as they approached the grandstands.

Hawthorn’s Jaguar brake lights soon flashed on, though, braking hard as he pulled to the right taking on the tricky pit, Austin Healey followed suit, his car fishtailing as Levegh’s approached. A split second decision couldn’t be more critical at this point, and Levegh made his. Eying to pull past Lance Macklin’s Austin Healey by leveraging a 16-foot-wide alley on the narrow straight, Levegh turned his wheel, overrunning the Austin Healey in front by 30mph. A slight contact to the rear was all it needed to disperse Levegh, and his race machine, airborne.

The fiery sight was Levegh entrapped in a heavy metal projectile flying at a frightening 150mph and harboring a tank loaded with flammable liquid. Exploding as the Mercedes hit an embankment, chunks of metal parts took aim at the crowd. What was billed an exhilarating day for auto sports mavens turned indescribably sour. Many were caught in the ensuing blaze. Levegh’s race day came to an abrupt halt. And his Le Mans dream – a rueful end. In the vortex of this mishap, photographers on ground took the lot they could of snapshots, showing faces startled in fear and panic.

As days passed, readers the world over woke up to more details about the catastrophe in France, the dead numbering between 77 and 96 as varying reports came in. A tragedy big enough to grind any event to a halt, organizers surprisingly didn’t call off the race, opining that emergency help would have been slowed by traffic on incoming roads. However, the Mercedes team opted out, having lost one of their own.

Pacing through the race course a further 22 hours, Mike Hawthorn and his teammate rode to victory at the 1955 Le Mans, coasting to glory at a record speed of 107.07 mph. It was a duel worth remembering, but celebrations were dampened by the disaster prior. The Jaguar team won, and Hawthorn did go home as the fastest racer to ever grace the 24 hours of Le Mans.